Over time the tarmacked outdoor area of the Lycee Pro Alsace High School in Schirmeck had succumbed to the effects of long term weathering and no longer provided a suitable surface for the students to play sports on. Back in 2020 the school decided that the worn out surface was no longer fit for purpose and needed to be replaced. 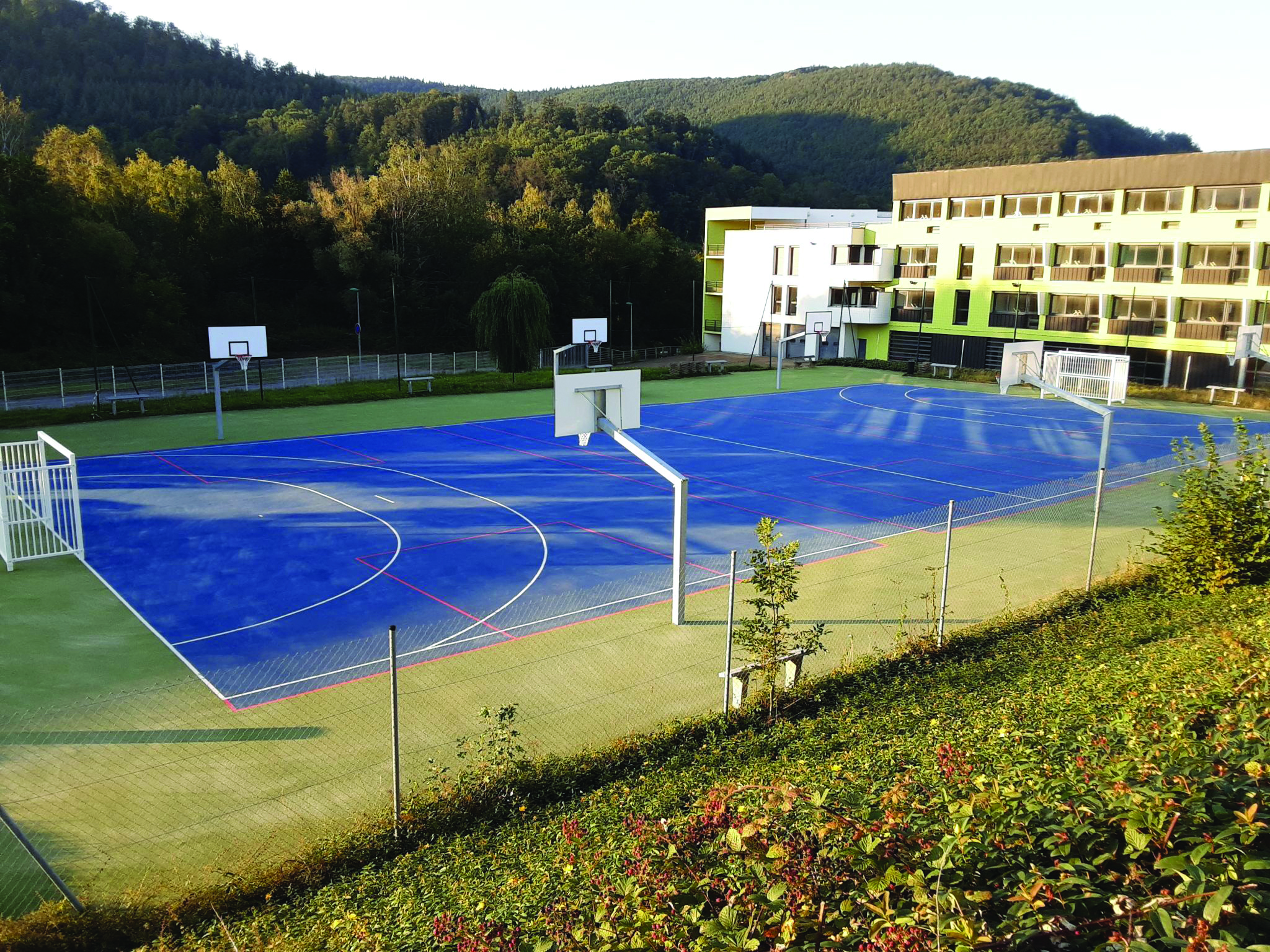 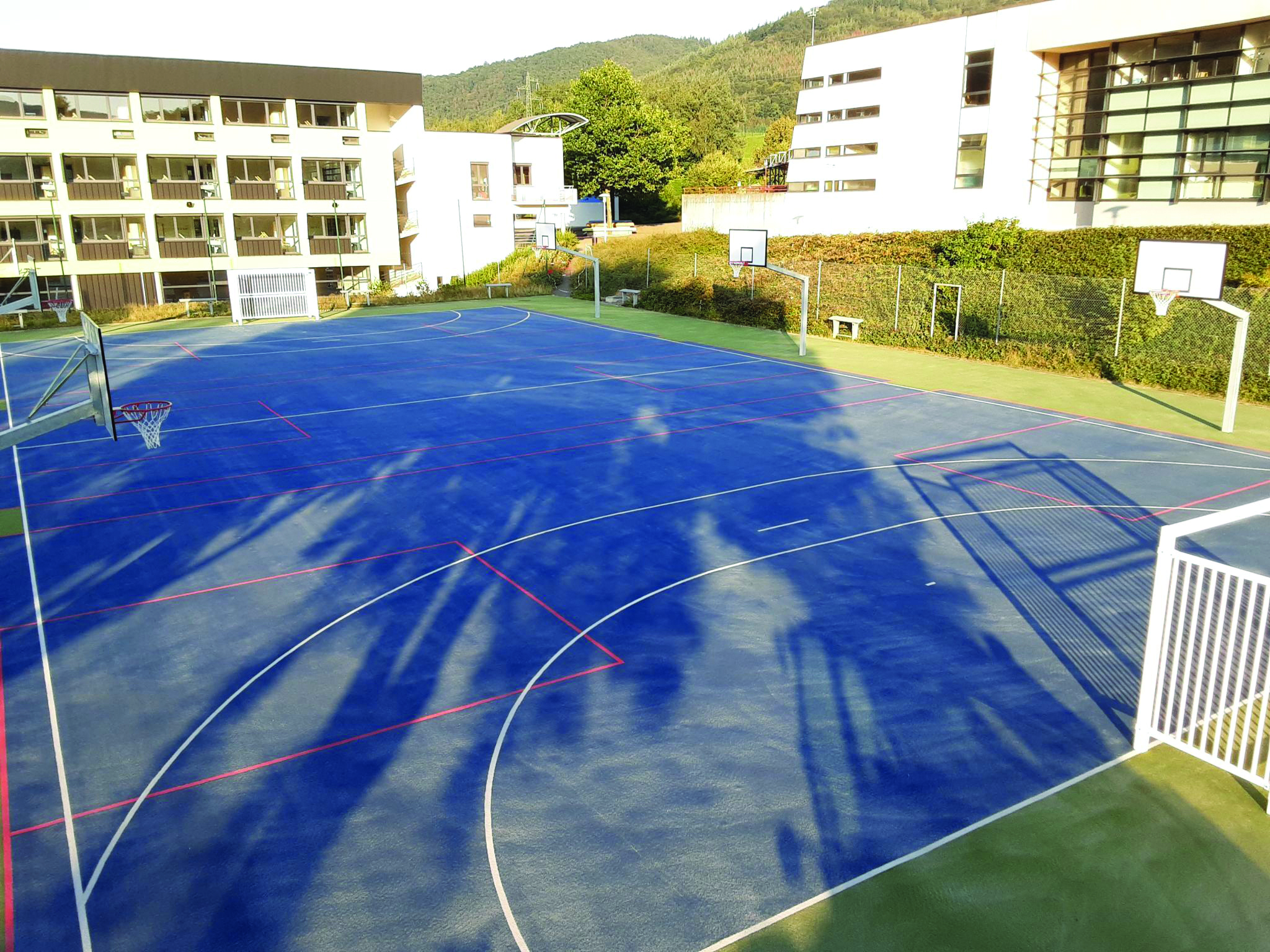 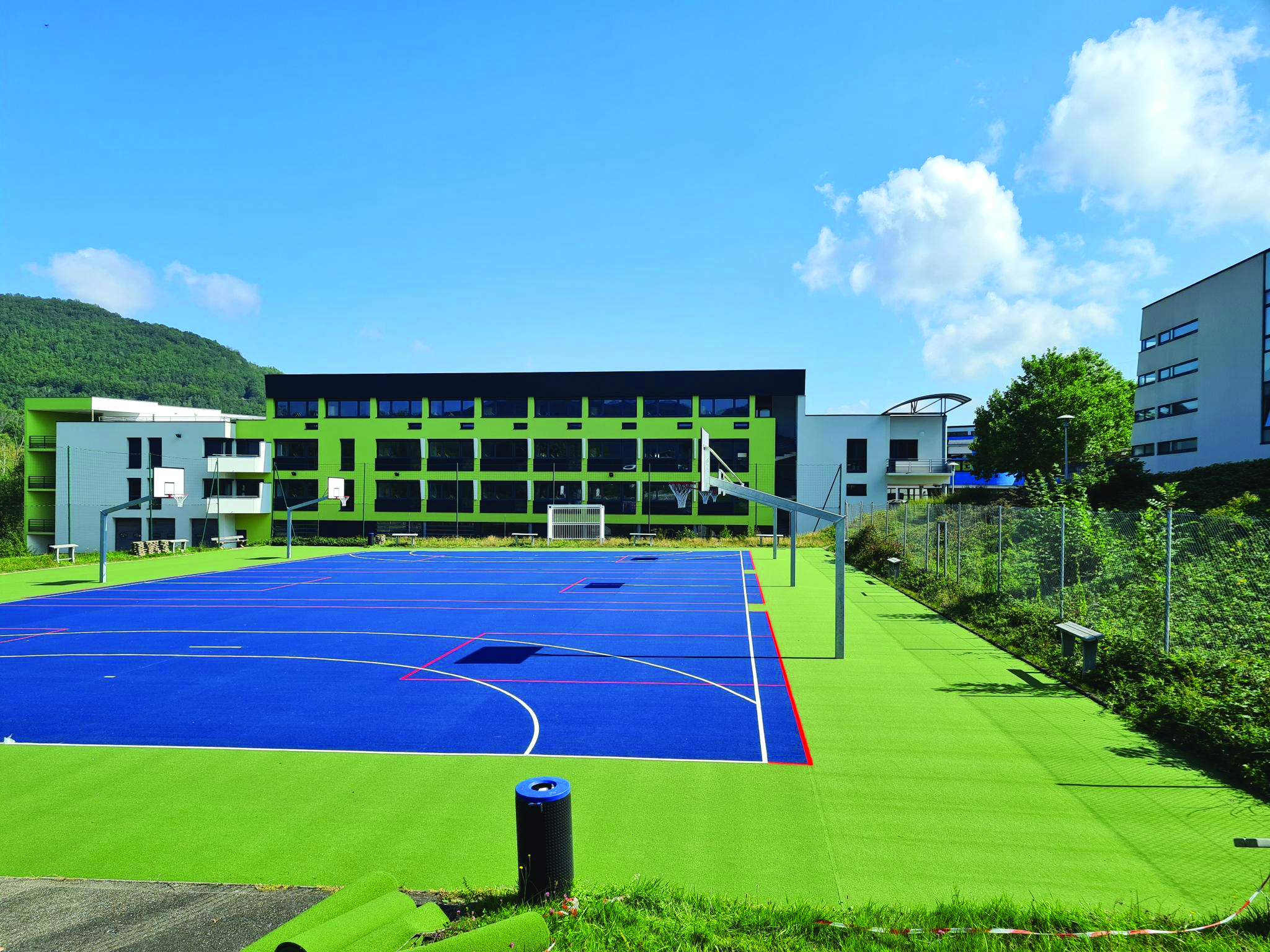 Working with French distributor EUROFIELD, the school identified that the new surface had to be suitable for the students to play a variety of sports including basketball and football. After some deliberation to determine what surface would provide the school with a long term solution, it was decided that Playrite’s Matchplay 2 surface would be the superior choice.

The Matchplay 2 synthetic surface has been designed with schools in mind, allowing them the opportunity to play multiple games in a single area making it ideal for any facility that is restricted in outdoor space but requires optimal usage all year round.

To ensure that the project would be completed to the highest standard, French contractors EPSL were employed to install the surface. Having previously installed Playrite products they had extensive knowledge and expertise working with these materials. It took over 1400m2 of Playrite’s Matchplay 2 to cover the outside area and resulted in an impressive sports court area which incorporates two colours to reflect the external colour scheme of the school. Since the surface has been installed, the school has been able to implement an all year round sports programme for the students to enjoy.