Established in 1895, over 120 years ago, Liversedge Tennis Club has evolved into a modern, forward-looking club offering excellent facilities and a friendly atmosphere for players of all abilities. 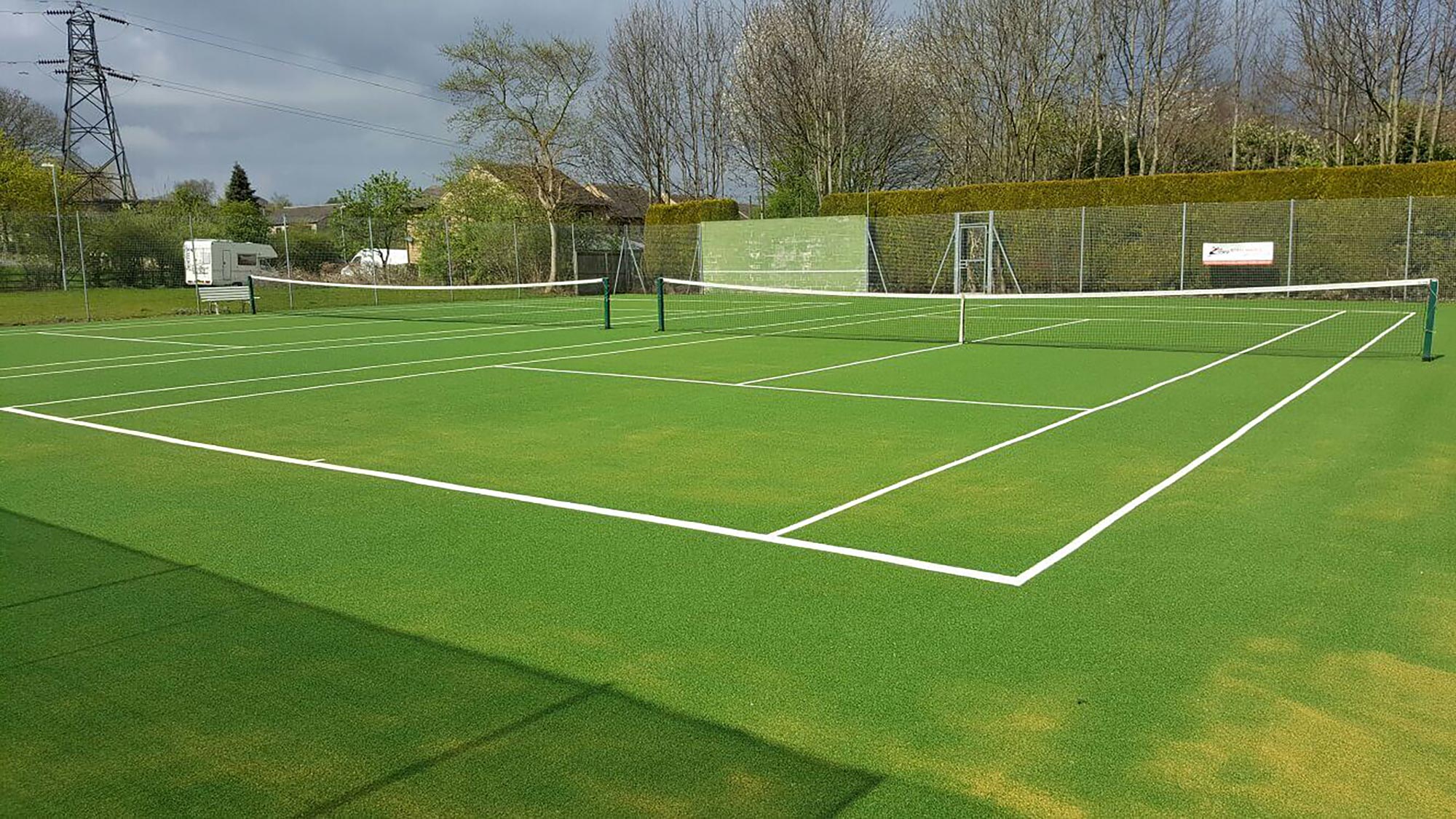 The well-presented tennis club boasts four all-weather courts, two of which are floodlit and competitive players benefit from men’s, lady’s and junior teams entered in the Huddersfield and Calderdale leagues.

After establishing the club’s unique surface requirements, Playrite recommended Grandplay and put Gary in touch with approved contractor, Surfacing Systems for its installation.

Following installation of the new courts, Playrite attached two windbreakers, emblazoned with both the club’s and Playrite’s logos, to the boundary fencing.

The club now boasts two types of surface and feedback from members is that they are delighted with the new courts and smart windbreakers, which have improved the aesthetics of the club’s entrance.