Four Oaks tennis club is based on Hartopp Road in Four Oaks, Sutton Coldfield, near Birmingham. 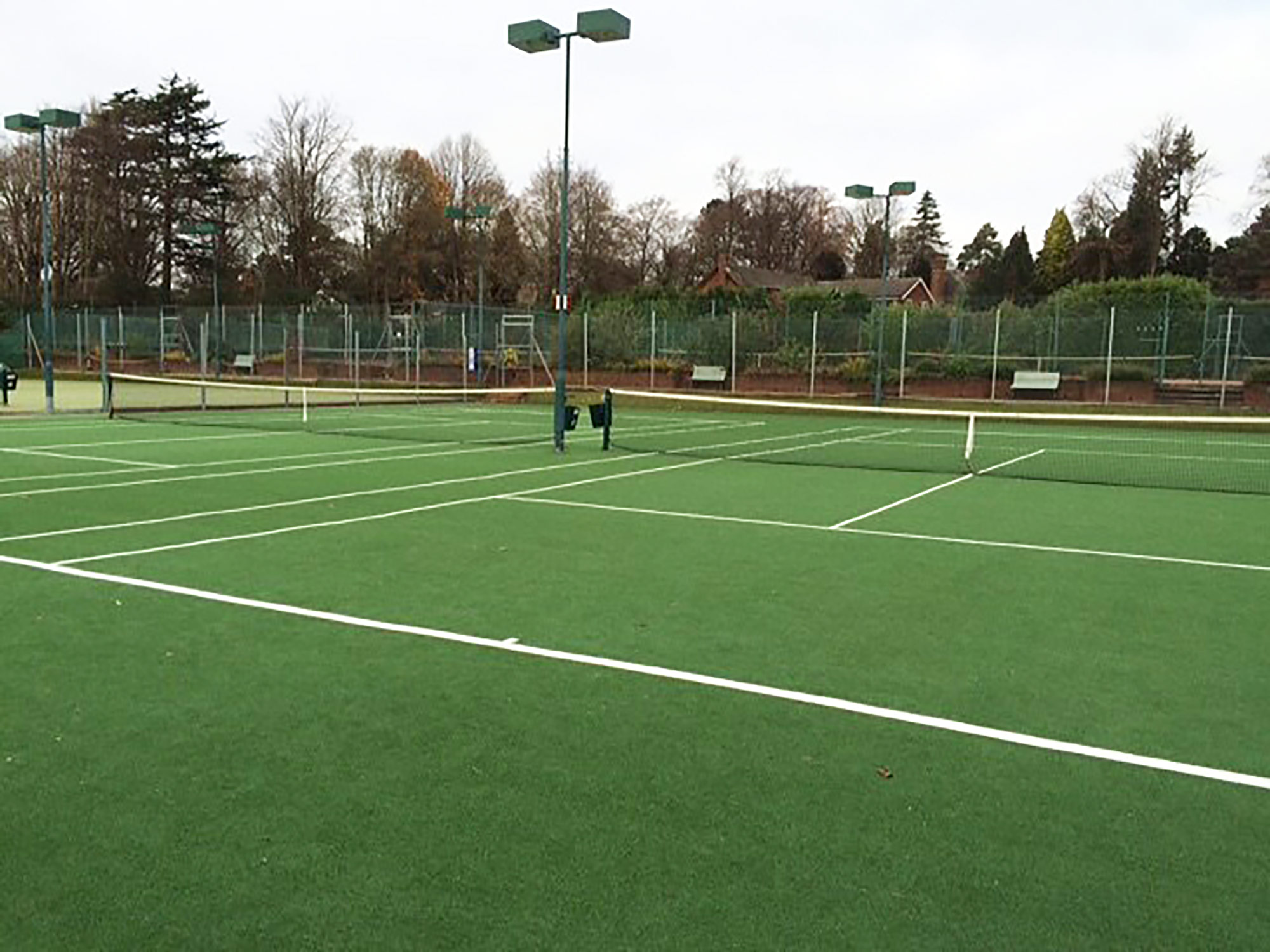 The club, which dates back to 1906, boasts an excellent range of facilities, including eleven high quality tennis courts, consisting of a variety of surfaces.

Open to members all year round, Four Oaks runs a comprehensive social programme, featuring an exciting calendar of events.

In 2016, Playrite was called upon to help with the installation of a block of Grandplay tennis courts at Four Oaks Tennis club. The project was an outstanding success, with the surface receiving very positive feedback from players regarding its playing characteristics and performance.

So, when the club decided to upgrade a second block of four courts during the summer of 2017, Playrite was again approached by Midland CSB - the contractors involved in the 2016 project – to provide the Club’s new synthetic surfaces.

The successful installation took place in September 2017 and players of all ages have been enjoying the new courts on a daily basis.